Hoi An, My Son And Ba Na Hills
From INR

A land of staggering natural beauty and cultural complexities, of dynamic megacities and hill-tribe villages - Vietnam.

Vietnam is a Southeast Asian country on the South China Sea known for its beaches, rivers, Buddhist pagodas and bustling cities. Hanoi, the capital, pays homage to the nation’s iconic Communist-era leader, Ho Chi Minh, via a huge marble mausoleum.

Vietnam, a country nestled in the southern part of Eastern Asia is known for its peaceful and serene environ. Once haunted by the bloodshed and strife of Vietnam War, the streets of the country in its current avatar buzz with youthful energy.

Tall and looming skyscrapers, quaint floating markets, mopeds zooming through the roads, and paddy fields add even more to its overall charms. Hội An is a city on Vietnam’s central coast known for its well-preserved Ancient Town, cut through with canals. The former port city’s melting-pot history is reflected in its architecture, a mix of eras and styles from wooden Chinese shophouses and temples to colorful French colonial buildings, ornate Vietnamese tube houses and the iconic Japanese Covered Bridge with its pagoda. Sa Pa is a town in the Hoàng Liên Son Mountains of northwestern Vietnam. A popular trekking base, it overlooks the terraced rice fields of the Muong Hoa Valley, and is near the 3,143m-tall Phang Xi Pang peak,

which is climbable via a steep, multiday guided walk. Hill tribes, such as the Hmong, Tay and Dao, make up much of the town's local population. 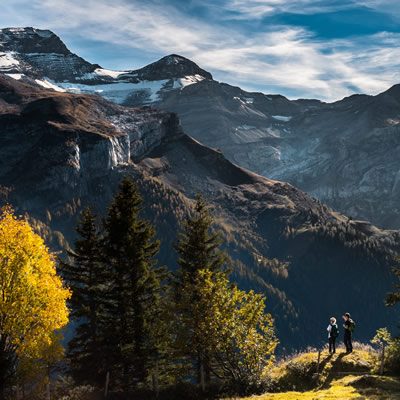 Bà Nà Hill Station is a hill station and resort located in the Trường Sơn Mountains west of the city of Da Nang, in central Vietnam. The station, advertised as "the Da Lat of Danang province" by local tourism authorities, was founded in 1919 by French colonists. The nightlife scene in Vietnam is changing dramatically. Big cities like Ho Chi Minh City and Hanoi are now full of lively pubs, clubs and bars. The same applies to many tourist destinations such as Halong Bay, Mui Ne and Phan Thiet. The good news is that it's not particularly expensive to go out at night as Vietnam brews some of the cheapest draft beer in the world.

But the nighttime fun doesn't just extend to drinking. You can always catch one of the many beautiful culture shows which present the important and rich facets of Vietnamese culture. Nighttime entertainment choices include the famous Vietnamese Water Puppet Show and traditional dance shows

Ho Chi Minh City’s nightlife scene varies from one district to another, though venues that play live music close soon after midnight due to Vietnam’s rather strict laws. If you’re looking to party in style, District 1’s rooftop bars and swanky nightclubs stay open until 03:00 or later, offering excellent service, dance tunes, stylish ambience, well-dressed crowds, and panoramic views of the vibrant city and beyond.